Free Shipping On UK Orders Over £40 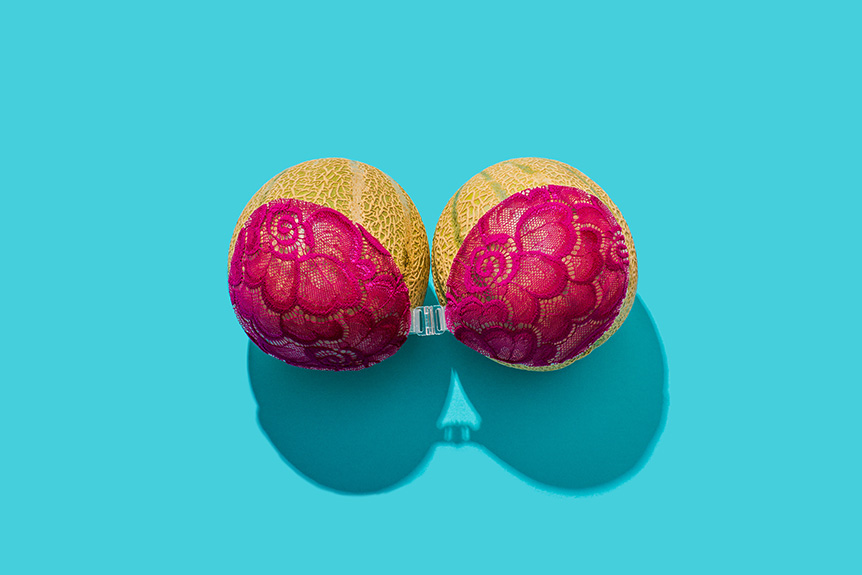 Though there are no tests to diagnose this condition, a lot of women are choosing to explant (having their breast implants removed). For many, as soon as they’re taken out, their symptoms disappeared, much to the dismay of plenty of doctors that claim Breast Implant Illness isn’t real. These women want new warnings to be put in place. They want to be heard.

Breast Implants have been around since the late 19th century. Back then, we weren’t using silicone or saline but adipose tissue. By the first half of the 20th century, physicians were using things like glass balls, rubber, wool, foam sponge as implant fillers!

The silicone gel/saline solution filled breast implants were invented back in the 1960s. And it was removed from the market in 1992 due to having inadequate information to demonstrate that breast implants were safe and effective. In 2006 they were approved again for the use in the US, despite thousands of lawsuits claiming they leaked, causing connective tissue disorders and even cancer.

The FDA hearing in March

Back in March this year, the FDA (Food and Drug Administration) reviewed breast implant safety. As women are increasingly concerned that their breast implants are responsible for conditions like autoimmune illnesses, joint pain, muscle pain, chronic fatigue and migraines. But the FDA believes there’s not enough evidence to link breast implants to these diseases. Though it acknowledged that having breast implants may increase the risk of developing a rare cancer called Anaplastic large cell lymphoma (ALCL) – a type of non-Hodgkin’s lymphoma that arises specifically in women with implants, especially textured silicone gel implants. It is believed that the rough texture may cause more inflammation and long term allergies, or because of its textured surface, it may provide a home for more bacteria to adhere to the implants.

At the hearing, researchers claim it’s possible the gel/solution that leaks from implants can trigger or worsen immune system disorders in some women. It is also claimed that some women are genetically predisposed to have a problem with breast implants.

After the hearing, the panel didn’t recommend any immediate restrictions. The argument was, it’s hard to know if the breast implants are the very things causing these illnesses.

We need to be heard

For many years, there’s been an epidemic of women who have been experiencing mystery illnesses and symptoms like fatigue and muscle pain. When they seek help from practitioners, no one knows the true root cause or these women are diagnosed with conditions like thyroid disorder, hormone imbalances, candida overgrowth or MS. And when practitioners can’t give these women a condition, they claim it’s all in their heads. They’re labeled hypochondriac, stressed, anxious, depressed, overworked or bored. This has been happening for years. Millions of people suffer from mystery illnesses that the medical world can’t put a name to, so it is written off as a sign of mental imbalance.

Time and time again, the symptoms women have been experiencing have been met with skepticism and disregard from the people that are meant to have the answers. This is exactly what’s been happening with Breast Implant Illness. There are doctors that claim BII isn’t real. That women are blaming the implants for their own problems, or they “made it up”. If these symptoms aren’t taken seriously, how are we meant to get the funding for the research that is needed. So we can finally get an answer, so we can finally be well again.

Breast Implant Illness is not a recent phenomenon, it has been recorded since the 1970s. Back then, the same response was given, that it was all in their heads. The truth is implants haven’t been tested as thoroughly as you think it would be. And this lack of testing could be the cause of symptoms like poor sleep, weight issues, adrenal issues, fatigue, hair loss, skin rash, vertigo, numbness, frequent flus and colds.

When breast implants are put into us, our body recognises them are foreign objects. This causes stress to our body and it has to work harder. Toxic shock syndrome could occur and the immune system has to deal with it.

We’re told that nothing can leak through the implants. But how about the effect of heat that’s occurring inside our bodies? It has been said our heat could make the coating on the implants thinner and porous. Which is dangerous to our bodies since the silicone gel or saline solution inside these implants aren’t thoroughly tested. They have been claimed to be filled with heavy metals and chemicals.

Even though the implants are said to be sealed. Due to the heat and enzymes from our body, the solution inside them changes and alter over time. Air bubbles occur and hardening also happens. Women have reported their implants came out in a different colour and they looked vastly different to the original ones.

Not only does our body have to deal with these foreign objects, but it might have to deal with toxins that could potentially be released into the body. As well as the danger of ruptured implants, which can go undetected, unless you go for an MRI scan regularly. All this could weaken our immune system, so we’re more susceptible to experience various symptoms.

Viruses that have been dormant in our system could get the opportunity to strengthen and take over our body because it feeds off toxins and made strong by a weakened immune system. And this could explain the endless amount of symptoms, neurological problems, connective tissue diseases women are experiencing.

We have a right

For thousands of years, women have wanted to enhance their beauty. And it is our right to do whatever it is we want with our own bodies. What is wrong is that the products that are offered might not be safe for us. Whatever enhancement that is offered to women should be throughly tested and safe before being offered to us.

Suffering from Breast Implant Illness doesn’t just affect the woman’s life, it affects everyone around her. It affects her work, her family and her social life. We need to be informed of the pros and cons. We need to have the choice and the chance to decide for ourselves if that’s what we want. We’re being told that implants are perfectly safe for us. But how many more women have to go through Breast Implant Illness for them to recognise it as legitimate?

Vanessa is a Wellness advisor, a certified Naturopath and Naturopathic Nutritionist. Find Vanessa at @spaceofwell or on spaceofwell.com.

ORDER BEFORE 12 PM FOR NEXT DAY DELIVERY, MONDAY TO THURSDAY.

You currently have no items in your cart.